Concept:
Addition
Description:
Game
Phase:
Foundation Phase (Gr R-3) & up | Intermediate Phase (Gr 4-6) & up
Number Range:
Any number
Materials Needed:
Counters (e.g. bottle tops) | Dice or DIY Dice
Players:
2 or more
Players use a dice to play snakes and ladders. They have to shout out the number they are at before they roll again. The winner is the one who gets to 100 first. 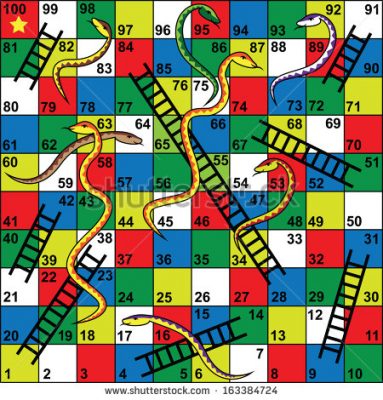 NB: Learners may start with one dice then move to two dices to help them with addition.